Statistics Canada has released its monthly data, and the Consumer Price Index (CPI) increased 2.2% on a year-to-year basis in December – not seasonally adjusted. This matches the rise in November. Excluding the price of gas, the CPI edged up 2.0%, marking the smallest gain since November of 2018.

On a seasonally adjusted monthly basis, the CPI increased 0.4% for December, compared to a 0.1% rise in November.

Overall, energy prices continue to increase year over year. Energy prices rose 5.5% in December, on a year-over-year basis, compared to a 1.5% increase in November.

The price for gasoline was 7.4% higher year over year in December after a 0.9% rise in November, despite decreasing 0.5% on a monthly basis. Stats Canada states that this growth was due to lower prices seen in December 2018, when the price for crude oil declined amid an oversupply, which resulted in decreased prices at the pump.

The fuel oil and other fuels index also rose 3.5% year over year in December, despite dropping 3.3% in November. 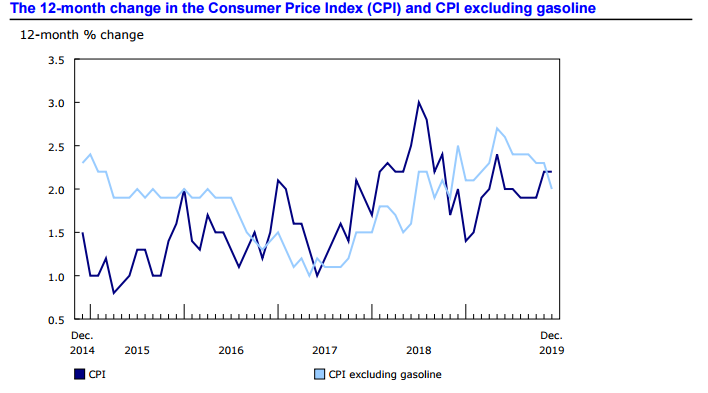 The mortgage interest cost index (+6.0%) grew at the slowest year-over-year rate since August 2018, after major commercial lenders such as the Bank of Canada continued to lower their interest rates. In 2019, mortgage interest costs were one of the main contributors to the 12-month rise in the all-items CPI. 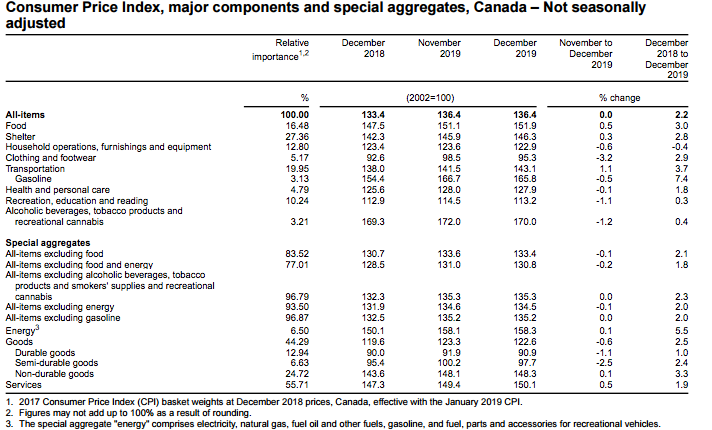 On a regional basis, the CPI rose at a quicker pace in five provinces, seeing an overall increase in prices from November to December. The Atlantic provinces saw an increase in the price of fuel oil and other fuels, which influenced the CPI in the region.

On a year-over-year basis, Albertans paid more for electricity in December (+8.8%) compared to in November (+7.0%), resulting from the removal of the price cap the residential regulated energy rate in the province.