Statistics Canada has announced  that Canada’s annual CPI inflation rate has dropped to 2.0 per cent in November, compared to 2.4 per cent in October. The slower pace was mainly attributed to lower gasoline prices, which saw a drop of 5.9 per cent year-over-year across the country. 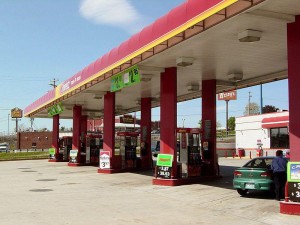 Slowest pace of growth in 8 months

The consumer price index rose by 2 per cent since November last year and now matches the central bank’s inflation target, which the Bank of Canada uses as its principal policy guide when setting interest rates. Inflation has hit its lowest level since March 2014, representing the slowest pace in roughly eight months. The CPI measures changes in the prices Canadian consumers pay for a range of goods and services. Economists had expected inflation to hover around 2.2 per cent.

On a month-over-month basis, consumer prices fell by 0.4 per cent in November compared to October. Gasoline prices feel by 7.5 per cent, with price reaching the lowest level since February 2011 on the back of five consecutive decreases. Transportation costs saw a drop of 0.2 per cent annually after previously recording an increase of 1.1 per cent in October. The change in transportation costs is largely due to the drop in gasoline prices as prices for passenger vehicles were up by 1.3 per cent over last November.

According to Statistics Canada, transportation was the only component of the eight main segments of the consumer price index to be lower year-over-year. Food, shelter and household operations, three of the largest categories of the CPI, had seen annual increases.

Food costs are up; consumer goods prices down

Food costs were up 3.1 per cent, with restaurant meals costing 2.5 per cent more this year than last year, while food bought in stores increased by 3.3 per cent. Meat products saw a massive 12.2 per cent increase, which can likely be blamed on sector specific issues such as disease affecting the price of pork and beef prices driven up by low herd levels.

Aside from the price decrease in gasoline, a number of consumer goods also saw lower prices month-over-month. The cost of footwear and clothing was down 2.3 per cent in November from October. Travel tours saw a decrease of 10 per cent, while video equipment prices were down 9.3 per cent. Meanwhile, prices for digital computing equipment and devices saw a decrease of 4.2 per cent from October to November. Lower prices in these consumer goods were potentially cause by Good Friday discounting.

BC is the odd one out

Inflation numbers had slowed in nine provinces for November. British Columbia was the only province to see an increase in consumer prices, going from 1.1 per cent to 1.2 per cent. Prince Edward Island and Newfoundland and Labrador saw low increases in consumer prices of the 12 month period of 0.1 per cent and 0.7 per cent. Alberta saw the biggest drop, going from 3 per cent inflation in October to 2 per cent in November. Ontario’s inflation slowed from 2.8 per cent to 2.4 per cent, while Quebec saw a drop to 1.6 per cent from 2,2 per cent. Many economists expect Canada’s inflation rate to continue declining further in December and into parts of 2015 as oil prices continue to fall.

Statistics Canada, through the CPI, tracks the retail prices of roughly 600 goods and services and aims to estimate an average households expenditure on transportation, furniture, clothing, food, housing and recreation. The CPI is then used to calculate changes in government payments such as Old Age Security and the Canada Pension Plan. Inflation in Canada has averaged 3.2 per cent from 1915 to 2014. The all time high for  inflation was 21.6 per cent in June of 1920. The all time low was -17.8 per cent in 1921.

These Consumer Price Indexes were released by Statistics Canada on September 16, 2020 for the month of August 2020. View the CPI release schedule for more details on future release dates.