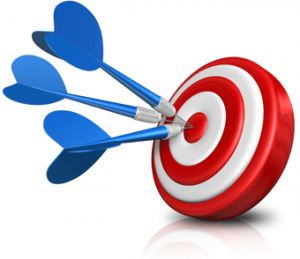 Inflation targeting was initially introduced by New Zealand in 1989. The experiment was a success and brought inflation down from 7.2% to 2% within two short years. Canada, which was persistently struggling with high inflation, was the second country in the world to adopt inflation targeting. Most other developed nations followed suit soon after.

Ever since adopting inflation targeting, Canada has consistently had inflation below 3 per cent and has cut down the variability of CPI fluctuations by two thirds. Canada’s central bank is given an inflation target by the federal government approximately every five years. The target in Canada is based on the 12 month rate of change in consumer prices as measured by the consumer price index (CPI). The initial target was set in 1991 and aimed for inflation of 3 per cent. The target was later changed to 2 per cent in 1995 and has been renewed at that same level ever since.

The central bank will publicly state the targeted inflation rate and then make efforts to guide the actual inflation rate in the direction of the target by using monetary tools available to it, such as interest rate changes.

If inflation is judged to be above the target, the central bank will often increase interest rates. Over time the effect of higher interest rates will likely result in a cooling of the economy by increasing savings and reducing spending, which in turn will bring down inflation.

An important factor in all of this is that the central bank is very open about what its goal is, which it does in the form of a stated target inflation rate, and about what it is willing to do to achieve that target. This creates a self-fulfilling prophecy as people and businesses will adjust their behavior towards the inflation target rate. If the central bank publicly states that it will use monetary tools to keep inflation low, people will likely have low inflation expectations.

Having reliable expectations about future inflation allows people and businesses to plan better for the future. Stable inflation makes decision making easier. Investors and savers to not have to take fluctuating inflation into account when making long term investments. Business are able to make plan long term, invest, and do project cost-benefit analysis without having to create countless models with different inflation scenarios.

A common criticism of inflation targeting is that central banks become too focused on inflation and neglect other responsibilities, such as bolstering growth and reducing unemployment. High inflation can have disastrous consequences but so can an anemic economy and high unemployment. By committing to a specific inflation rate target, the central bank and the government put inflation control ahead of other goals and lose the flexibility to adjust policy as issues come up.