Most advanced economies around the world have adopted inflation targets of around 2%, and it has become established wisdom that a central bank’s main task is to keep inflation in check. 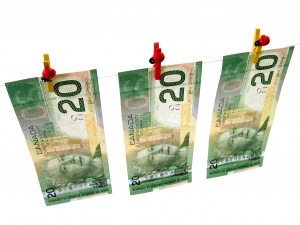 The use of inflation targets has worked very well in containing high inflation and has brought stability. We want to keep price increases down. Yet, the fact that most governments set inflation targets at around 2 per cent rather than at 0 per cent shows that there is value in having some inflation.

In recent months, the argument has been made that inflation should be brought up to around 4 per cent per year, and that the biggest problem facing rich nations these days is that inflation is too low.

Inflation increases the cost of goods and services. In the 1970s and 1980s, Canada saw years of high inflation and several boom and bust cycles. High inflation can spur on growth, but also lead to painful busts. Under high inflation it is difficult for people and businesses to properly plan for future investments and make fully informed decisions. This sometimes causes businesses and consumers to put off purchases.

High inflation hurts those who have savings and those whose income is fixed, such as pensioners. On the other hand, governments, businesses, and people with high debt would benefit from high inflation as the real value of their debt decreases quickly.

Low inflation protects people’s savings and protects those on a fixed income such as pensioners. The value of money does not erode quickly and it is easier to make financial commitments for the future such as salary negotiations and lease agreements.

Since there is more certainty about the future, investments tend to be higher under low inflation. Countries with low inflation are also more competitive internationally when compared to countries with high inflation since prices of exports do not rise as quickly.

Under high inflation consumers sometimes put off purchases in the hope that inflation will decrease the real price of the purchase with time. This lowers consumer spending and makes it difficult for businesses to plan. With low inflation this problem does not happen as it would take much more time for the real price to fall.

Low inflation is often tied to a weaker economy and higher than necessary unemployment. Aiming for low inflation risks the economy slipping into deflation, in which prices actually go down and debt grows bigger in real terms.

Nations, companies and individuals with high debt levels would be better of in times of high inflation, as under low inflation nominal income does not grow as fast and real debts are not reduced as quickly through inflation.

For individuals, wages usually do not increase if prices are not increasing. When companies are not able to increase the prices of their goods and services, they are uninterested in paying higher salaries to their workers.

The biggest arguments against low inflation targets coming from economists today is that low inflation undermines a central banks ability to combat recessions by lowering interest rates. This has become visible during the most recent recession in which central banks struggled to find ways to jump start their economies.

Unable to significantly lower interest rates in order to give their economies a jolt, central banks are forced to use quantitative easing (printing more money and buying bonds) and using forward guidance (promising to keep interest rates low for long periods). Quantitative easing creates large debts, while forward guidance further ties the central banks hands by holding it to the promise made.

While we want to avoid high inflation and deflation, low inflation can become a burden in times of slow growth. Ideally, central banks should be able to change inflation targets upwards to gain room to lower rates later on. This is easier said than done as changing inflation targets too often can seriously harm the trust individuals, companies and markets have in the inflation target.