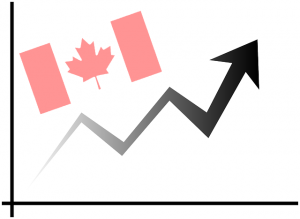 Oil prices have fallen dramatically over the last few months, going from a summertime high of $107.68 to below $50 per barrel today. This change is not only affecting gas prices at the pump – it is also shaking up growth and inflation rates for Canadian provinces, for some more so than others.

While this is a currently developing trend, and we don’t have inflation figures newer than November 2014 yet, we can take look at how inflation has been fluctuating among Canadian provinces over the last twelve months and see how those trends have changed in the second half of 2014.

Roughly a year ago, the highest inflation rates could be found in Prince Edward Island (3.0%), Newfoundland (2.5%), Saskatchewan (2.3%), and Alberta (2.1%). The lowest inflation rates were recorded by British Columbia (0.0%) and Quebec (0.8%). Over the next few months, through spring and into early summer, the oil producing provinces saw inflation rates increase with Alberta reaching a high of 3.9% in March 2014, Prince Edward Island reaching 3.2% in January 2014, and Saskatchewan almost reaching 3.0% a few times throughout the year.

Oil prices have dropped substantially and are not expected to reach the previous heights again for a while. Alberta currently accounts for 18% of Canada’s growth and is especially hard hit. It is estimated that if oil prices remain below $50 per barrel, Alberta’s growth will be halved this year, and completely evaporate by the end of 2016. British Columbia and Ontario have benefited the most from the drop in oil prices, as lower oil prices generally result in a lower Canadian dollar, which in turn makes products made in BC and Ontario cheaper for foreign buyers.

The Canadian dollar declined by 9.1% over the past year and it is estimated that a $10 drop in the price of a barrel of oil results in a 3 cent drop in the exchange rate. Exports are further helped along by the recovering US economy, which has made substantial gains lately. It is expected that we will see a role-reversal in 2015, as previously strong oil producing provinces will see lower inflation and growth, while previously stagnant provinces with anemic growth will be leading the pack. British Columbia and Ontario are both expected to have inflation rates of 2.5% for 2015.