Let’s start with the basics. During deflation, the relative value of money goes up while the relative value of goods goes down or remains at the same level. In other words, a hundred dollars tomorrow is worth more than a hundred dollars today. In times of deflation, relative prices decline. It is in effect the opposite of inflation, and is sometimes called negative inflation. While high inflation can erode savings and drive up prices, deflation can erode profits and sometimes lead to (or exacerbate) recessions. 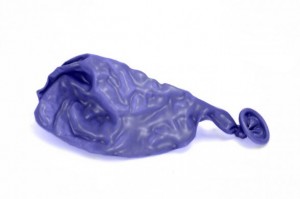 While deflation was largely avoided in the wake of the global financial recession, a recent dramatic drop in oil prices has reawakened fears of deflation in many developed countries. Sixteen of the 28 member countries of the European Union are now in deflation territory, with even economic giants such as Germany and France posting just 0.1% annual inflation rates for the twelve month period leading to December 2014. The European Union in general reported consumer price inflation to be a negative 0.2% for the year.

The United States, despite recent improvements in its economic performance, has seen inflation drop down to 0.8% for the year. This is quite noteworthy as it is the second lowest rate of inflation recorded in the last 50 years. Only 2008, the year the global financial recession really hit hard, had a lower rate of inflation with 0.1%. This time around, the big culprit is said to be falling oil prices. Only two months ago, the inflation rate in the United States stood at 1.7%.

Canada had reported an inflation rate of 2.4% two months ago; the rate has since dropped to 2.0% on November’s numbers and is expected to decline even further when the December 2014 numbers are announced next Friday. At current oil prices, Canada’s inflation rate is estimated to fall to zero by the middle of 2015, and has the potential to tip into negative territory.

Inflation in the United Kingdom is currently at its lowest levels in the last 14 years, and hovers at around 0.5% for the 12 month period ended December 2014. It is the lowest annual growth rate experienced by the UK since May 2000.

Deflation can happen for a variety of reasons, but usually involves a slow-down in the movement of money. In most cases it will occur during times of deep recession, which are accompanied by falls in demand and output. On the demand side, consumers may decide to cut expenses by purchasing less and instead saving more and paying down more debt. On the output side, companies may decide that the economical outlook is negative and decrease investments, spend less, and employ fewer workers.

Central banks can potentially bring about deflation by increasing interest rates too quickly and tightening money supply by too much. In theory, deflation can be caused by lower prices brought on by lower production costs that result from improved technology. This is often the case in certain product categories such as televisions, in which technology advances rapidly and prices drop quickly. For the economy as  a whole though, this is unlikely to cause deflation as the resultant savings are usually spent elsewhere.

Who benefits from deflation?

Any benefits gained from deflation are usually very temporary. Consumers may be better off because their money is worth more on a relative basis. This downward pressure on prices will result in a temporary savings on purchases made. Those on fixed income benefit as deflation acts similar to a pay raise in their situation. This group of people, usually retired people, is also insulated from some drawbacks of deflation, such as higher unemployment.

Who suffers from deflation?

Deflation can lead to a spiral in which a bad situation is made even worse by the actions of companies and consumers. Consumers will postpone making purchases as they expect the price of goods to fall further as the value of their money increases. Delayed purchases hurt companies in form of slower sales. Deflation also lowers the relative price of goods and services sold by companies, which leads to lower profits. When companies earn lower profits, they often lay off employees, which in turn leads to even lower consumer spending and therefore even lower profits and even higher unemployment.

Debtors, be they countries, companies, or individuals, also suffer greatly under deflation. The value of their debts actually grows as money is worth more. This happens at the same time as the economy is likely in a recession, leading to lower income. The amount owed grows, but the income used to pay for the debts is declining. While lower prices sound like a good deal, in the long room we are worse off under inflation. This is why central banks across the world are currently rushing to spur on their economies and to raise inflation rates.