Inflation is certainly a thorn in the side of our retirement plans. The average Canadian can expect to live for about 82 years and according a 2014 Conference Board of Canada survey, we are hoping to retire at age 63.2. This survey also finds that most Canadians ‘agree’ or ‘strongly agree’ they have not saved enough for retirement. In fact, nearly 20% feel they will never be able to retire. Even if we arrive at the gates of retirement with a comfortable nest egg, 20 or more years of inflation will certainly eat away at that egg. 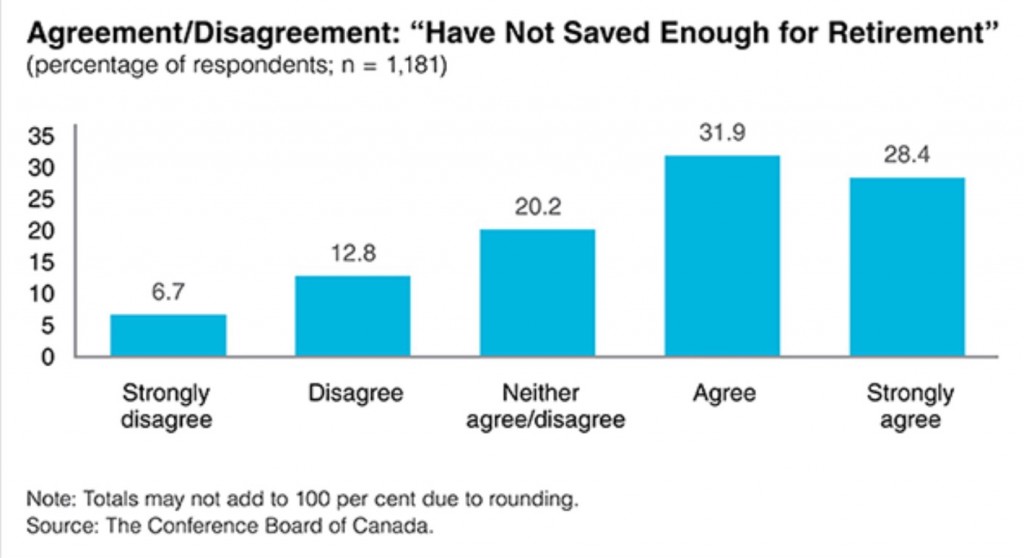 Now is the time to start saving for our golden years. While long-run inflation is notoriously difficult to predict, we do know that it will persist. Thus, it must be accounted for as we plan for retirement. Over the last half-century, inflation reached a high of 12.5% in 1981 and a low of just 0.1% in 1994. Since 1991, Canada’s policy has increasingly targeted a more stable annual inflation rate of around 2%. However, there is no guarantee of the future success of these policies. Three percent is generally considered a safe estimate of long-run inflation.

It is commonly assumed that after retirement we can live on between 70% and 80% of the annual income we are earning at the end of our career. If we think in terms of fixed income payments of that amount, over the long term, we would see our purchasing power erode away as price levels rise. The following table uses an interest rate of 3% to show how inflation can deplete retirement plans. If we begin our retirement with an income that gives us 80% of the purchasing power we had prior to retiring, thirty years into retirement, we would have only a third of our pre-retirement spending power.

Inflation is calculated using the Consumer Price Index, which represents a basket of goods consumed by a typical household not a retiree household. Retirees have unique spending habits. First, incomes are generally smaller after retirement so staples like food, housing and electricity account for a larger portion of income. At the same time, entertainment and transportation spending tend to fall and healthcare costs rise. Retirees must be prepared for these changes.

The table below shows that between 2010 and 2014, Canada’s average annual inflation was only 1.8%. However, during that time, the price of meat and eggs increased by close to 5% each year and water, fuel and electricity costs were up over 4% annually. Over the same period, the cost of accommodation and health care did not rise as much as the overall price level. It is valuable to be aware of inflation in specific areas of the economy to understand how it affects us personally.

Where Do Retirees Get Their Money?

Canada has the third lowest poverty rate among seniors after Norway and France. This is largely the result of government transfers. Old Age Security and Guaranteed Income Security (OAS/GIS) are government payments for qualifying individuals that account for 22% of seniors’ income. These payments are recalculated four times each year to adjust for changing price levels. Similarly, pension plans (CPP/QPP), which make up 19% of seniors’ income, are indexed to inflation annually. These payments are vital for keeping low-income retirees out of poverty. Fortunately, these government transfers are relatively shielded from inflation. 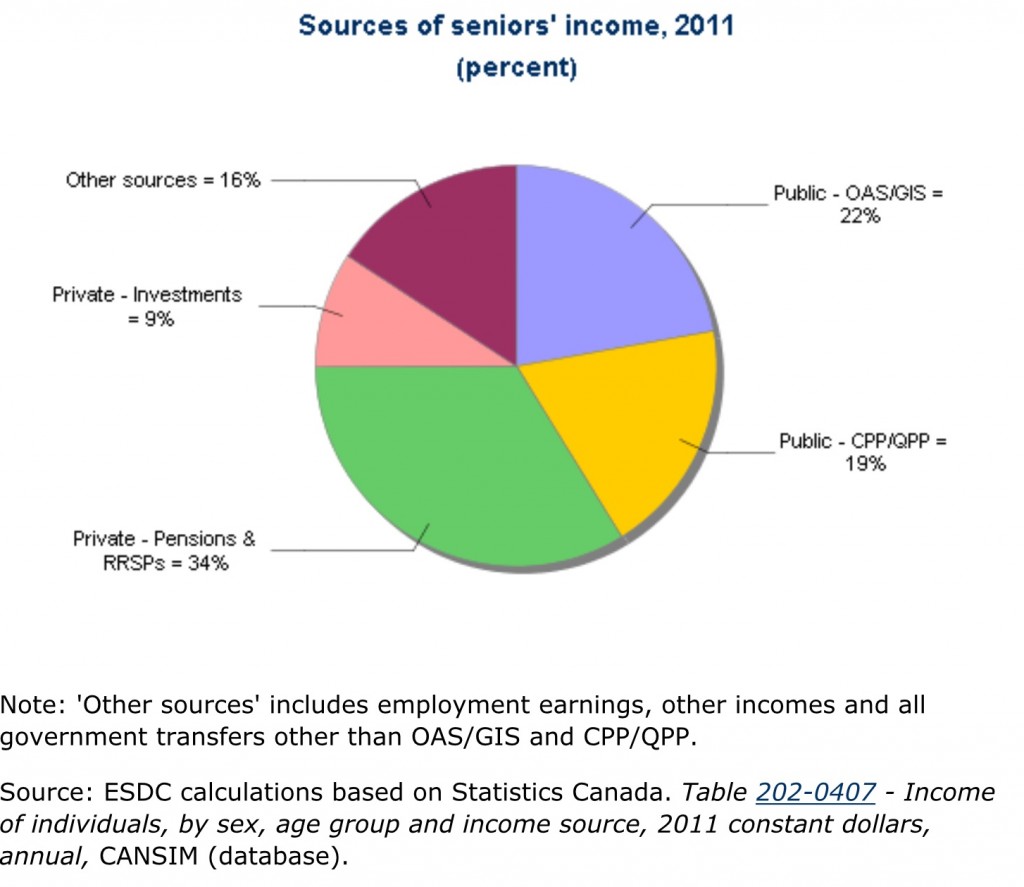 The chart above shows that the largest source of seniors’ income in 2011 was private pensions and RRSPs. These financial instruments, along with private investments are not necessarily protected against inflation. The best way to hedge most risk is through diversification. The use of a personal financial advisor is also highly recommended.

While stocks tend to outpace inflation in the long-run, in the short run, they can be very volatile. Bonds can provide regular fixed payments with various degrees of risk but locking your money in at a low rate is a bit of a gamble when inflation may accelerate. Annuities are a popular financial instrument among seniors but again, it’s risky to be locked into fixed payments. However, some bonds and annuities come with inflation protection. Real Return Bonds are Canadian government bonds that guarantee a positive real return or a return that is greater than the rate of inflation. Depending on our personal needs, our investment portfolio should include at least a mix of international and domestic stocks, bonds and carefully selected annuities.