In the last few months we have seen some major changes in Canada’s economic landscape. Canada’s inflation rate fell from 2 percent in November to 1.5 percent in December, and is expected to fall further in the next few months. For the first half of 2014, one Canadian dollar bought around $0.91 USD – now it buys around $0.80 USD, representing a drop of just over 12 percent in the currency’s value. As Canada’s inflation rate fell, so did the value of its currency – at least when compared to the US dollar. While the loonie depreciated greatly against the US dollar, it held its ground against the British Pound, the Euro, and the Australian dollar, among others. 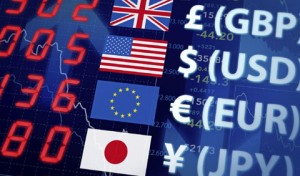 The link between inflation rate and currency exchange

Exchanges rates and inflation are closely related and can influence one another. A weak Canadian dollar helps businesses and industries that rely on exports for a large portion of their income. As the currency drops, the cost to their foreign consumers falls and they are likely to buy more. This in turn translates to higher profits, production, employment, and output. When output goes up, inflation goes up. In theory, the higher demand for Canadian goods will lead to higher demand for the loonie, which will bring the exchange rate back into equilibrium.

More intervention is needed in order for the inflation rate to have an impact on the exchange rate. When inflation is high, central bankers will often increase interest rates in order to slow the economy down, and bring inflation back into an acceptable range. Whenever interest rates go up, it becomes more attractive for foreign investors to move funds into the country for deposit and to buy bonds. To do so, they need to purchase countries currency. If the increased demand for the currency is large enough, it would then trigger an appreciation in the currency exchange rate. In short: high inflation often brings higher interest rates, which could then cause a stronger currency.

Low inflation on the other hand will often induce central bankers to drop interest rates in hopes of jump starting economic growth and bringing inflation back up. Foreign investors now view the country as less attractive to invest in and will move funds into other jurisdictions to get better returns. When they do so, they have have to sell the local currency in order to buy another countries currency, which puts downward pressure on the currency being sold and makes it depreciate.

Against the Euro, the CAD has actually increased over the year. Twelve months ago, one Canadian dollar bought € 0.66, while today it buys € 0.70. Against the British pound, the loonie fell slightly and only buys £0.53 instead of the £0.55 it bought for most of the last six months. The Canadian currency improved by a little against the Australian dollar as well, buying approximately $1.01 AUD now versus $0.99 AUD six months ago. All of these currencies have one thing in common: their economies are struggling and their central banks have either cut rates, are expected to do so, or are actively printing more money. Canada and Australia both recently cut overnight banking rates by 0.25%, while the British central bank is widely believed to follow suit eventually. In Europe, the central bank announced it will implement quantitative easing and buy $68 billion worth of bonds every month.

The American economy is finally showing serious signs of life. The private sector has added 11.8 million jobs over the last five years. According to the latest figures, the nation added 257.000 jobs in January – the 11th straight month with gains of more than 200,000 new jobs. These developments are giving the markets a lot of confidence in the health of the American economy. Almost every currency in the world has devalued against the US dollar. While other countries have seen interest rate cuts, the US Federal Reserve is still expected to follow through with an increase around mid-year.

Chart by Visualizer
Get notified once a month. It's free.