The Consumer Price Index (CPI) edged up 1% on a year-over-year basis in January, reported Statistics Canada. The agency said that the rise from 0.7% in December was mainly “due to higher prices for durable goods (+1.7%) and rising gasoline prices (+6.1%) compared with December 2020”. Excluding the price of gasoline, the CPI rose 1.3%. In January, the CPI increased 0.4% on a seasonally adjusted monthly basis.

“The rise in consumer prices (1%) occurred amid continuing economic uncertainty. Although consumer spending expectations are higher with the vaccine on the horizon, physical distancing measures were extended or reimposed in some regions to contain the spread of COVID-19, resulting in employment loss in close-contact sectors. Steadily increasing commodity prices since April also contributed to the overall rise in consumer prices in January,” explained Stats Can in its report. 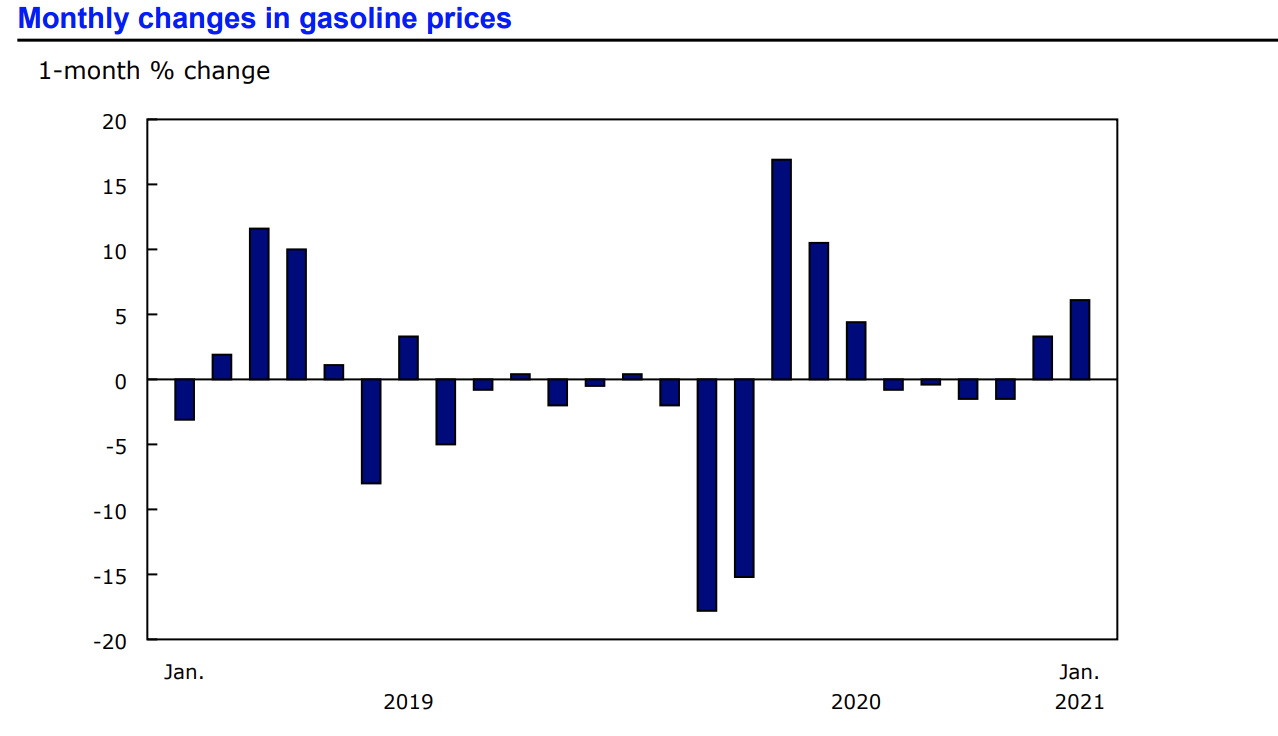 In January, the price of gas increased 6.1%, marking the second consecutive monthly rise.

“This increase coincided with production cutbacks by major oil-producing countries in response to low global demand for crude oil. Nevertheless, gasoline prices were 3.3% lower compared with January 2020, when heightened demand uncertainty first arose in the oil and gas market with the global outbreak of COVID-19,” stated the agency.

“Slower vegetable price growth was attributable to abundant supply following a good harvest in the United States and Mexico, as well as the diversion of food destined for the foodservice sector towards grocers,” explained Stats Can.

In addition, on a year-over-year basis, the overall price of meat rose 1.2%, compared to the December increase of 2.5%.

In January, on a year-over-year basis, the price of electricity declined 4.4%. “The decline was most pronounced in Ontario, where consumers paid 13.7% less, largely because the provincial government set all time-of-use electricity prices to the off-peak rate for 40 days, beginning on January 1, 2021,” stated the agency. 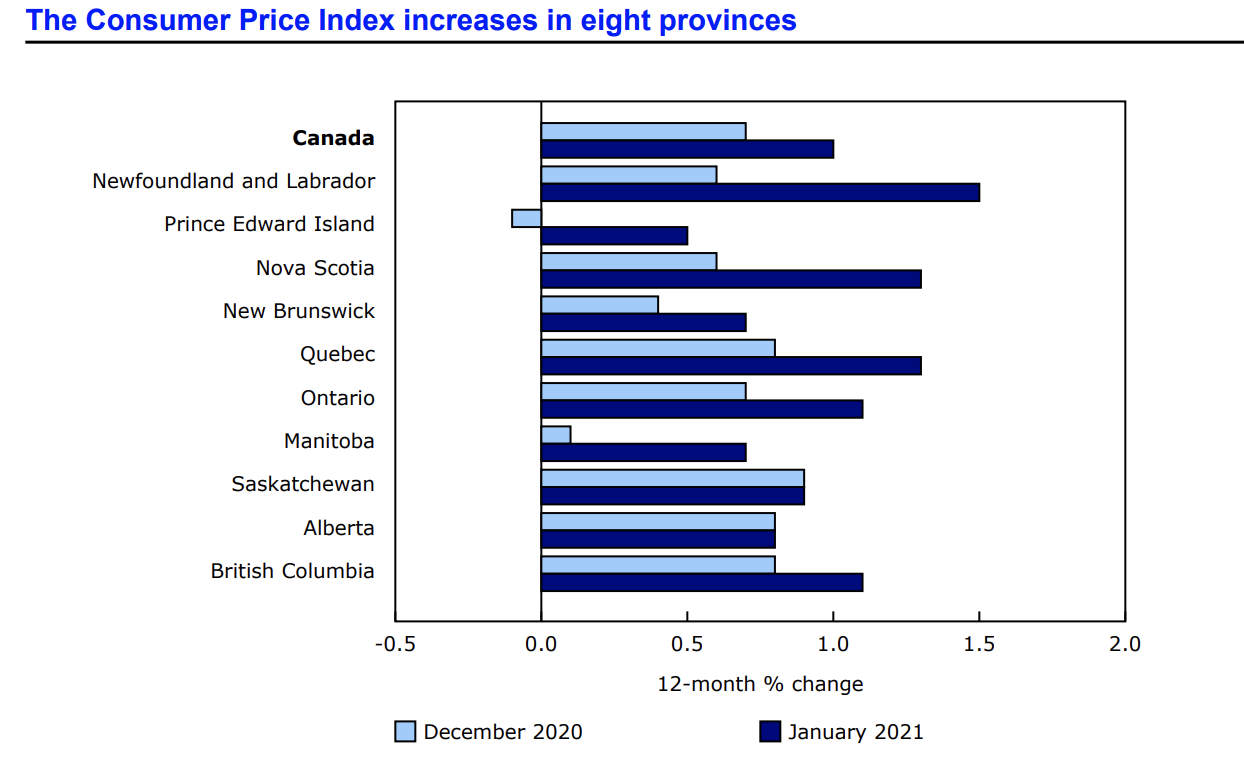 Statistics Canada released a statement regarding the effects of the COVID-19 pandemic on the CPI.

“Goods and services in the CPI that were not available to consumers in January because of COVID-19 restrictions received special treatments, effectively removing their impact on the monthly CPI. The following sub-indexes were imputed from the monthly change in the all-items index: travel tours, components of spectator entertainment, recreational services, personal care services in some areas, and some components of use of recreational facilities and services in some areas. The price indexes for beer served in licensed establishments, wine served in licensed establishments and liquor served in licensed establishments were imputed in several regions, using the indexes to which consumers likely redirected their expenditures: beer purchased from stores, wine purchased from stores and liquor purchased from stores. Consistent with previous months affected by the COVID-19 pandemic, prices for suspended flights are excluded from the January CPI calculation because passengers were ultimately unable to consume them. As a result, selected sub-components of the air transportation index were imputed from the parent index (air transportation).”