The Consumer Price Index (CPI) increased 0.1% on a monthly basis in September, reported Statistics Canada. On a year-over-year basis, the CPI grew by 6.9%. This marks a decline from the 7%  increase seen the previous month. The agency noted that this is the third consecutive monthly deceleration in headline inflation.

The primary component for the slowdown in inflation seen in September was a decline in the price of gasoline. However, conversely, Canadian consumers paid more for foodstuffs at grocery stores.

“The gap in September was larger compared with August,” explained Stats Can in its monthly report.

Despite the fact that inflation slowed somewhat in September, the Bank of Canada has indicated that the deceleration is still not sufficient, and thus anticipates further increases in interest rates. 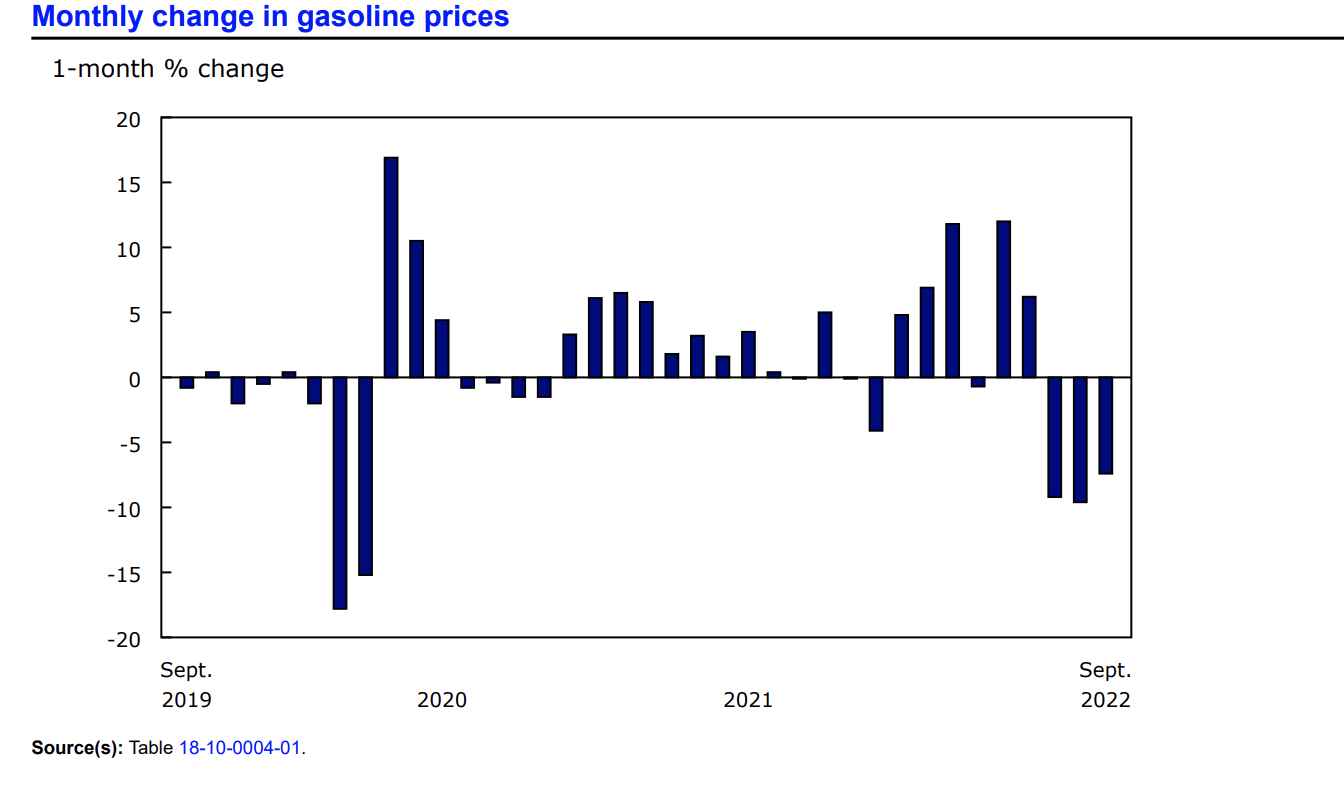 The Price of Gasoline

In September, the price of gasoline decreased by 7.4%. For Canadian consumers, this marks the third consecutive monthly drop in prices at gas pumps. The drop in gasoline prices was primarily because of the global rise in the supply of crude oil. 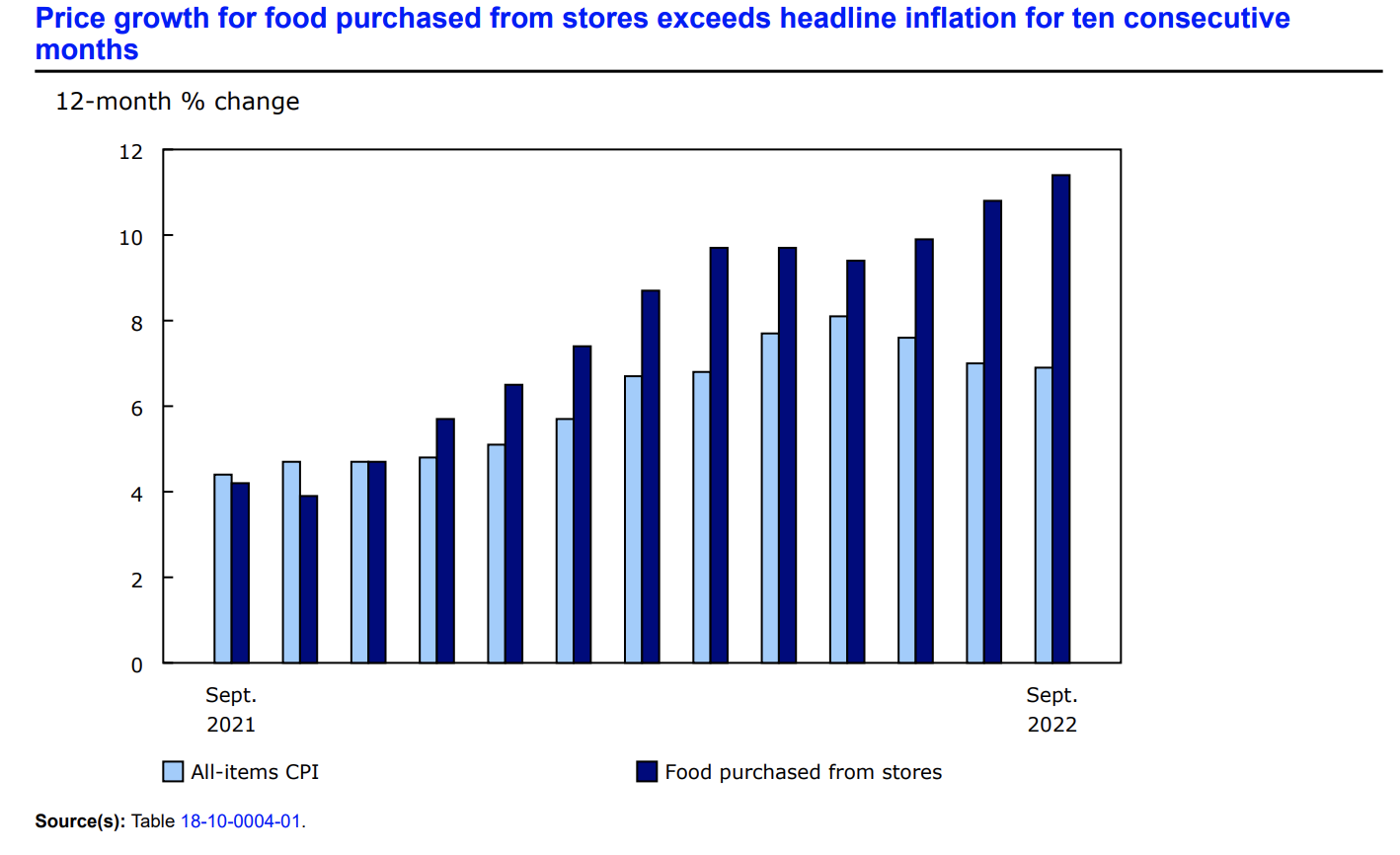 In September, Canadian consumers paid more for food items purchased from the grocery store. This is the fastest price increase year-over-year in 41 years, specifically in August 1981.

In general, the increase in global food prices has been affected by several variables including recent extreme weather, the rise in the price of fertilizer, and the geopolitical situation in Ukraine. 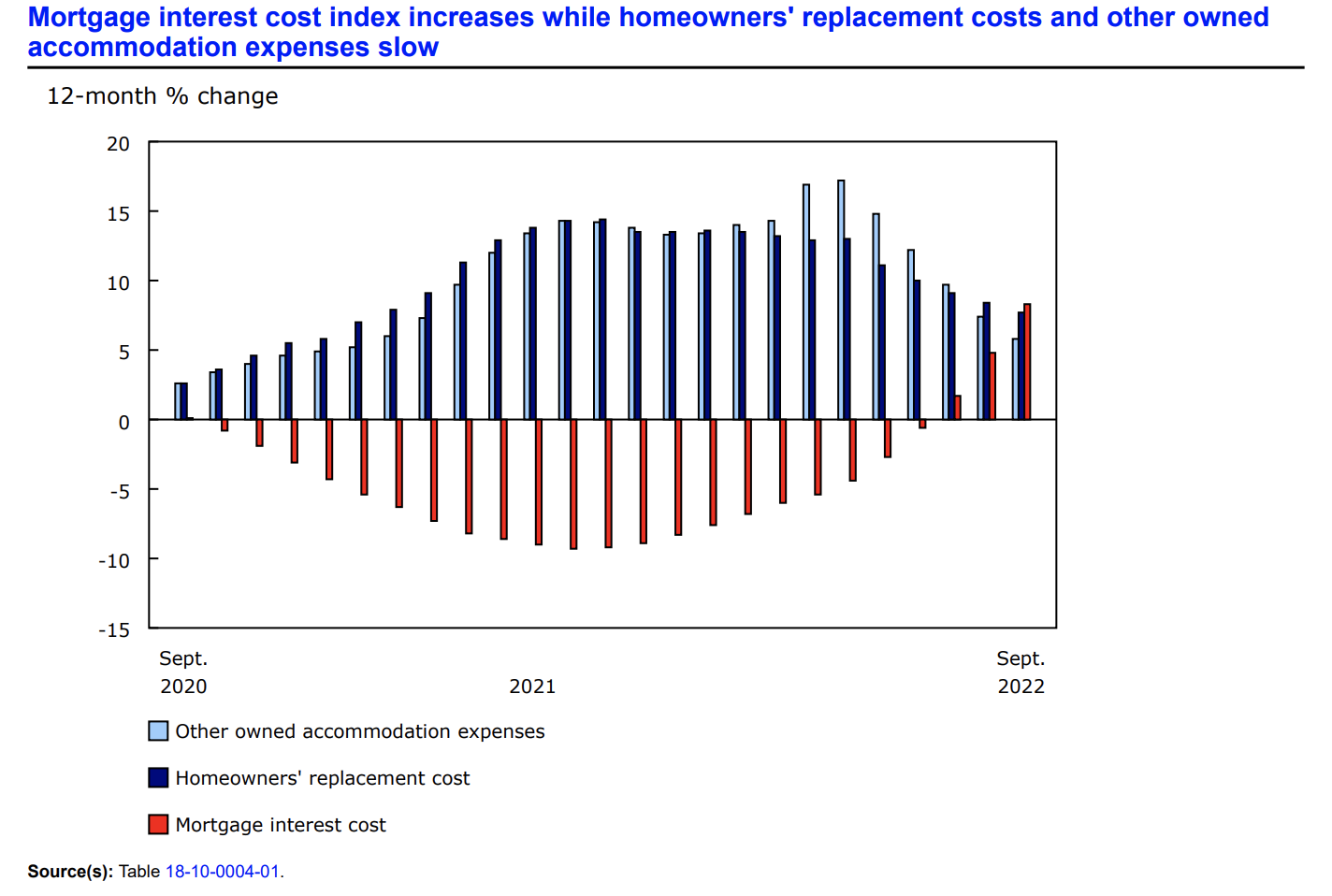 In September, the cost of shelter in Canada increased at a slower pace on a year-over-year basis. Demonstrative of the continued cooling of Canada’s real estate market, prices for other owned accommodation expenses rose 5.8% – a slower pace than in the previous month.

Composite shelter indexes that slowed on a year-over-year basis included the homeowners’ replacement cost index by 7.7% in September, compared to the 8.4% rise seen in August.

Conversely, the index for mortgage index cost rose 8.3%, in correlation to the recent interest rate hikes. 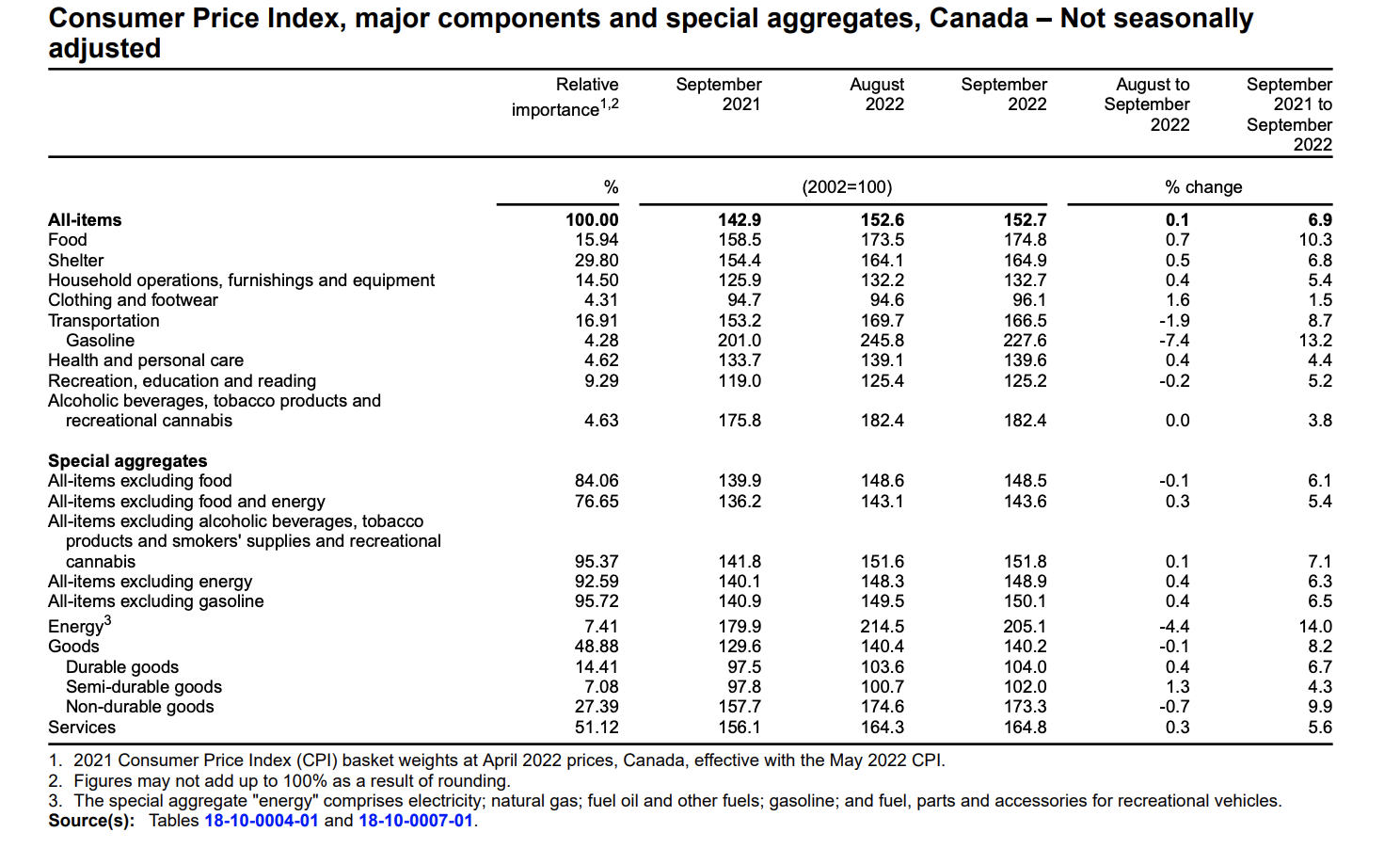 Want to learn more about how inflation is impacting the economy? Have a look at our table highlighting information regarding the Consumer Price Index (CPI) and inflation rates in Canada for 2022, try our inflation calculator, and subscribe to our newsletter.